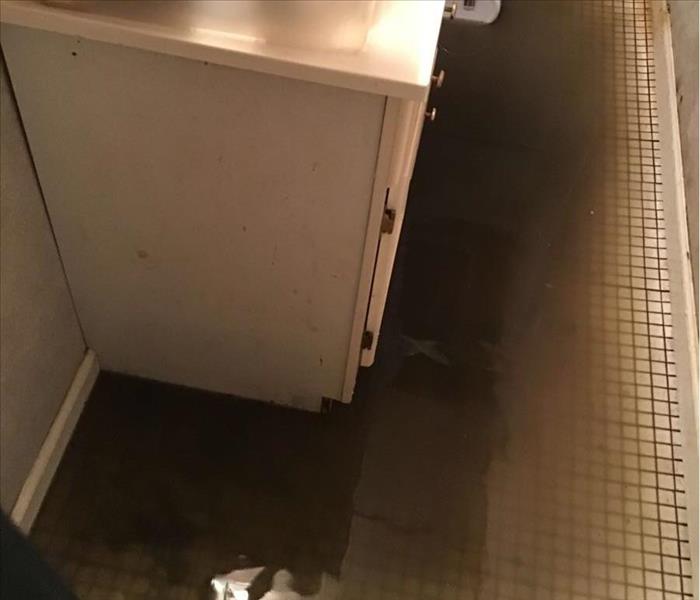 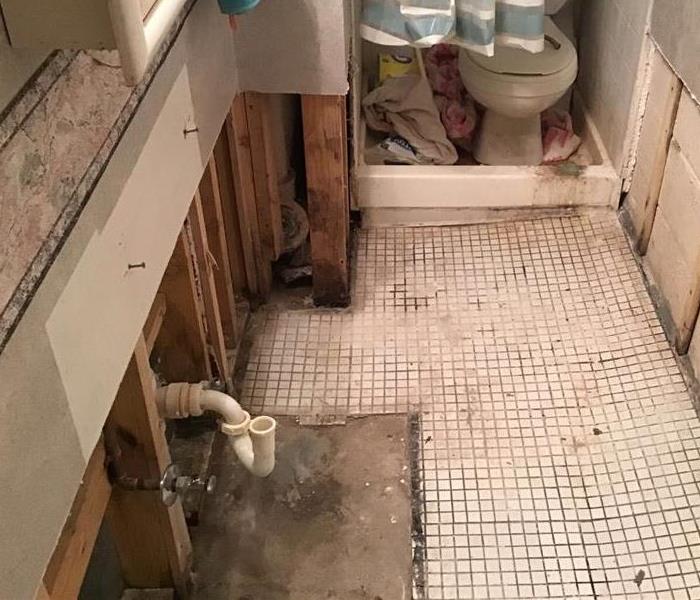 It really is as bad as it looks.

When a storm hit and the pipes couldn’t take it, this bathroom became a small pond. The before and after here show not the beginning of the job and the end of it, but rather the true amount of water that was on the floor. It’s hard to believe that a little pipe issue can lead to something like this; but when the evidence is right in front of your face, it’s a little bit easier to believe.

Our teams came in and got the water out of the room, but as you can see, the damage was so extensive that they had to pull out the bathroom sink and cupboards. When it was dried out completely, they were able to start on the cleaning process. By the end, they were able to make the bathroom flood feel "Like it never even happened."