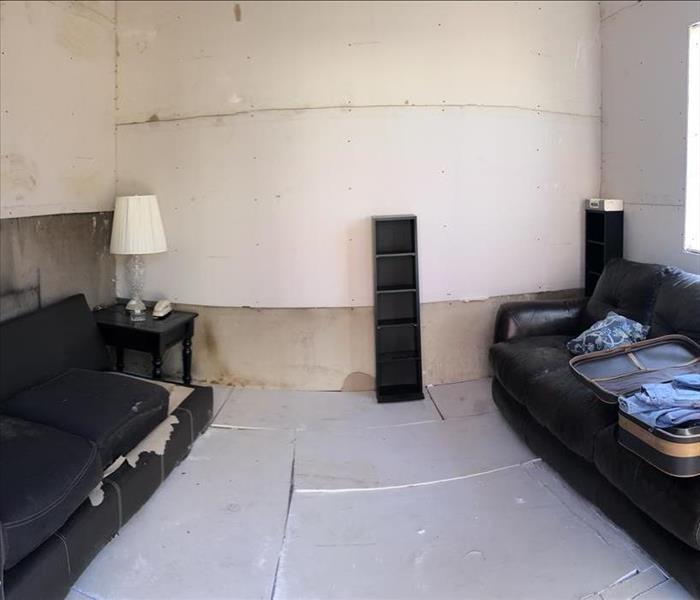 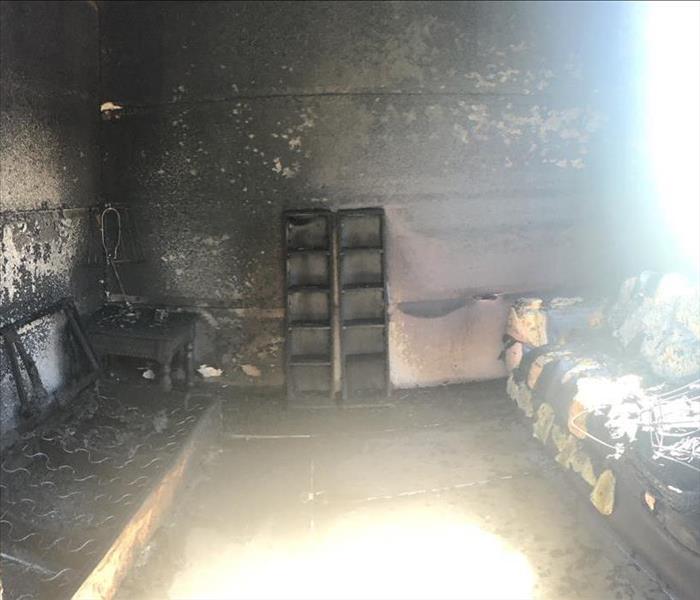 The images shown here are from a simulation of an intentional fire. However, this one is different for the simple fact that there were two fires started in this one room.

The scenario here is that of a man who is being evicted, and rather than leave with dignity, he decides to torch the apartment. To give this room just a little added investigation struggle as to where the fire started, both the couches on either side of the room were lit on fire. It stumped the trainees who had to try and investigate the fire pattern, and they were all shocked to find that there were two starting points (especially considering it looked like there was definitely one side of the room that was burned longer and greater than the other).

One thing is for sure, the smell from this one was particularly offensive. Note to self: never burn an old couch!