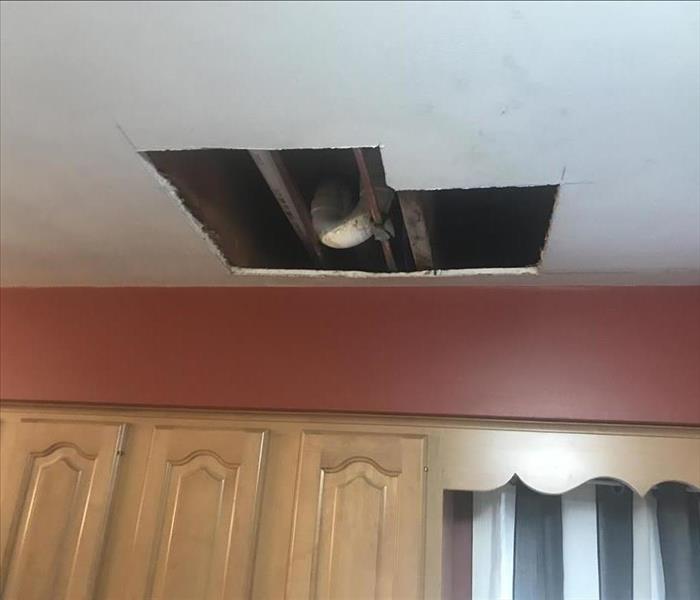 Pipes can break anywhere in a house. It’s particularly frustrating when pipes burst in the kitchen, putting your appliances and your food at risk. This exact problem occurred in the home pictured above.

While two rooms were affected when the pipe burst, the kitchen was the room that took the biggest hit. SERVPRO came in, assessed the damage, and got to work. The before image is of the area the crew had to focus on, and the after picture shows the kitchen after SERVPRO fixed the pipe and patched the hole.

The crew used their skills to make it seem as though the damage had never happened, leaving the kitchen and its contents secure and the clients satisfied.