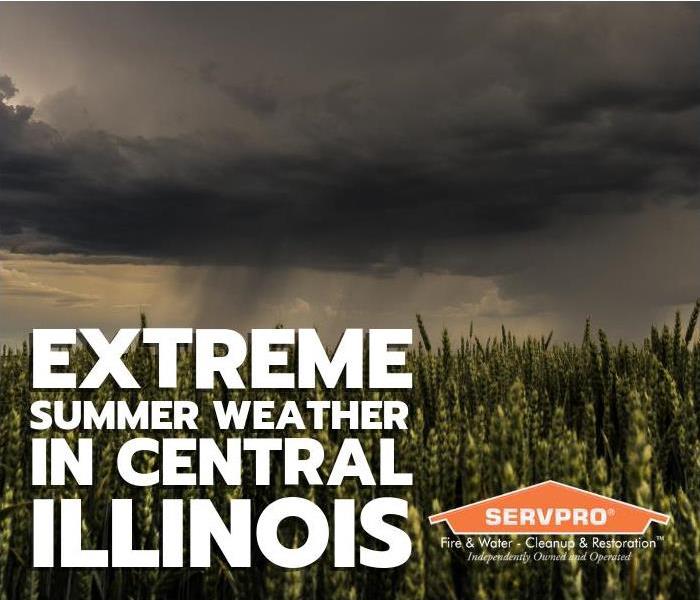 Some areas experience hurricanes, monsoons, earthquakes, and other large disaster situations. When you live in areas like Central Illinois, you luck out as far as not needing to purchase earthquake or hurricane insurance. However, it doesn’t mean that people in Central Illinois are completely safe from natural disasters.

What do we need to look out for here in Central Illinois?

The most important thing is to be prepared and stay safe. While the storms we get here in Central Illinois might not have the initial impact of larger storms that appear closer to oceans or statewide fires, you can’t ignore the threat posed in our state during the spring, summer, and fall.

If you experience storm damage to your home or business, you can always contact SERVPRO® for your cleaning and restoration needs.